Then and Now
I’ve been a certified chimney sweep for years, and a member of the NCSG too on
and
off. I’ve been getting Sweeping magazine once a month, every now and then I’ve taken
advantage of the many discount opportunities available to guild members from various suppliers
and manufacturers. In business since 2000, I’ve gotten by for years; I paid the mortgage, kept
my one and two truck operation going by borrowing some money from a credit card during the
off season and working insane hours during the fall, often working in the office (which was in the
kitchen) until 11 p.m., catching up on paperwork, billing, putting orders together, replying to
emails, etc.
I never came to a convention because I thought I was smart. I thought I was so smart, I
spent years reinventing the wheel in New Mexico. I was constantly figuring it out when
it came
to technical issues in the field or administrative problems in the kitchen. I’m a problem solver!
Whenever I got invitations to the guild conventions I thought, ‘Why would I want to spend a
bunch of time and money to go most of the way across the country and meet with a bunch of
chimney sweeps? I cant afford that!’
My business: was it growing? No. But the bills got paid. Was I miserable during the
busy season, working 16 hour days? Yes, but that’s the life I chose. Did I have a panic attack
every August, wondering how I could survive another fall? Yes. My staff: mostly drunks and
potheads.
But things came to a head, and I came to a point in life where it became clear that big
changes were not optional, they were required. As part of my project of becoming a better
human being, I decided that I should visit my elderly grandparents, in their 90’s, who live in
Toledo, OH. The NCSG was happening in Columbus that year, so it looked like I could write off
a trip to visit my grandparents. I booked my ticket, found a cheap place to stay, and signed up
for the convention.
What I found in Columbus at the NCSG convention amazed me. I learned that there are
highly successful, profitable chimney service companies all over the country. They run like real
businesses. Better yet, these companies are owned by wonderful people, willing to share their
knowledge and expertise with somebody like me. I met Mark Stoner, president of the CSIA, who
told the story of his business failures and eventual success to the entire convention.
Presentations by people like John Meredith, Jerry Eisenhour, and Russ Dimmit opened my eyes
to new possibilities. Interactions with other sweeps inspired my to improve myself and my
business.
The connections and friends I made at the NCSG 2014 convention and trade show
changed my business and my life forever. I’ve upgraded most of the equipment we use in the
field. My staff are now sober, responsible citizens. My full time office manager takes care of the
phones, the books, and other administrative duties so I can quit work at 6 p.m. I added another
truck, and my business grew 60 percent in 2014. I’m able to provide them with a real livelihood.
They can take care of their families.
None of those changes would have happened if I had not attended the NCSG
convention in March of 2014.
That’s why, when Sweeping Editor Darcy Marlett asked me to contribute some articles
about the convention this year, I jumped at the opportunity to be of service to the organization.
As I write these words in my hotel room in Lancaster, PA, I’m very grateful to the NCSG
and all the folks who work so hard to make the convention happen. Sure, the wind chill factor is
21 below outside. But I’m nice and warm, and my business is running on its own while I am
here; the team did a relining yesterday and a chimney installation the day before that, and I
didn’t have to lift a finger. My business answered the phone, made deposits, completed payroll,
and one of my sweeps is busy designing our booth for an upcoming home show in Santa Fe,
NM.
All of those good things are possible because I tried to do the right thing (visit my
grandparents) and as a result ended up attending a NCSG convention for the first time in 2014.
It was a good family visit; I helped my grandfather with chores around the house, I read books to
my grandmother (she’s mostly blind now) and listened to stories from their life together.
Best of all, with my new financial and business freedom, I hope to visit my grandparents
every year for the rest of their lives, whether there is a chimney convention in Ohio or not. 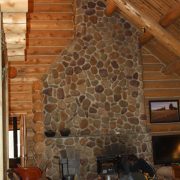 What you need to know before starting that first fire of the season.

After Market Parts For Listed Appliances