There were four contenders for The Pete Luter Innovation Award for the best new product in the chimney industry, sponsored by Sweep’s News, at the NCSG Convention in 2015.

The winner was The MAJTool — an adjustable roof scaffold system that allows chimney professionals and roofers to set up workstations, on planks, on steep roofs. Using Majtool, workers can move freely about the roof, with plenty of space for materials and tools, gaining the mobility to work effectively. The MajTool is a free floating, quickly assembled scaffold system that works on shingle, tile, and metal roofs with pitches between 8/12 and 14/12.

The other three entrees to the Pete Luter award were:

1) DrySafety: is an alarm that can be installed between the dryer and the transition duct. Pwered by a 9 volt battery, it senses restricted airflow and excessive heat, and it signals an alarm of 3 beeps. Similar products have been marketed before.

2) Poultice Creosote Remover (PCR): created by Saverysystems, is a dry powder. When mixed with water to a mayonnaise-like consistency, it is applied to thick layers of glazed, stage 3 creosote. Upon contact with the creosote deposits, the PCR begins to melt the creosote. As it dries, PCR forms a poultice that weakens the bond between the glazed creosote and the clay flue tiles. The creosote begins to flake off, and is then easier to remove, using mechanical sweeping equipment.

3) ServicePal: is a customer relations management software program that can be used with an ipad and quickbooks online, and has been adapted to the chimney industry with help from Jake Cromwell of Top Hat Chimney & Roofing in Arkansas. At the time of the show, ServicePal wasn’t quite ready for full compatibility with quickbooks, but Cromwell said it will be ready soon. ServicePal combines scheduling, point of sale, invoicing, and checkpointed chimney inspection functions in one customizable online application.

I spoke by telephone with the winner, James Vieira, inventor and patent holder of the MAJTool. A general contractor by trade, Vieira said he does a lot of roofing work, which gave him the idea for the product.

“We were looking for a safer way to be able to work off the roof,” said Viera. “Still being able to work under the surface of the scaffold, without causing damage to the roof. It allows you to lift up the rails if you need to.”

Vieira said the evolution of the MAJTool has been a long process.

“We’ve been testing it in the field for 12 years. We got a patent last year; it took us 9 years. This is the only free floating system there is. We have a 20 year patent on it; they granted us an additional 3 years because of how long it took to get it.”

Funded completely out of pocket “from doing construction work and little by little building the company up,” MAJTool’s manufacturing facility is in “a shop of my own,” Vieira said. “We do all the manufacturing in house. We buy all the materials local, U.S. made.”

“I’m getting the best response from the chimney people,” said Vieira. “Our biggest sales day, by far, was the NCSG trade show. It seems like the chimney people are more concerned with safety. MajTool gives you a good solid work platform to hold your tools and materials.”

MAJTool is available directly from the manufacturer. To learn more, go to rooffaster.com, send an email to majtoolllc@gmail.com, or call Vieira at 570-341-8960. 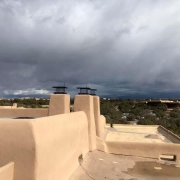 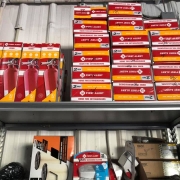 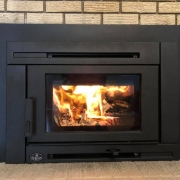 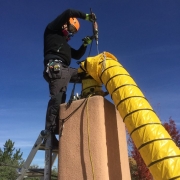 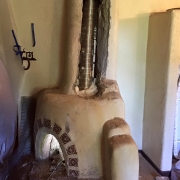 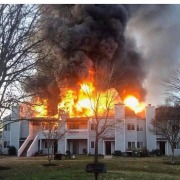