Victor Salazar from the Hondo-Seco Volunteer Fire Department said crews responded to the blaze around 7 p.m. Sunday. He said a male resident got out of the house and was believed to have been treated at the scene for smoke inhalation but was not taken to the hospital.

The residence suffered a partial roof collapse during the fire, Salazar said. As of 1 a.m Monday, crews were still on scene dousing hotspots in the front of the house and on the remaining roof. – Taos News 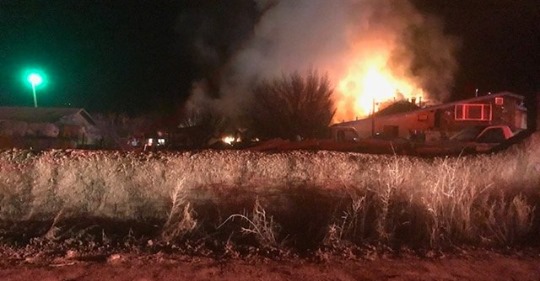 Educating the Public
Scroll to top