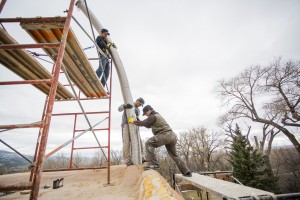 After many hours of prep, and setting scaffolding on top of the 3rd story solarium of the building, the Bailey’s Team drops 18 feet of pre-insulated flexible stainless steel liner down the chimney. 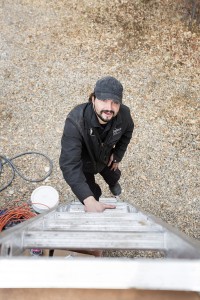 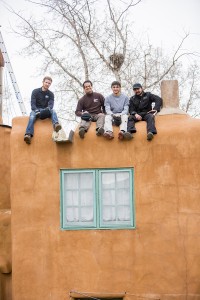 Bailey’s Chimney Cleaning & Repair having a short meeting to discuss strategy and tactics of chimney repair. 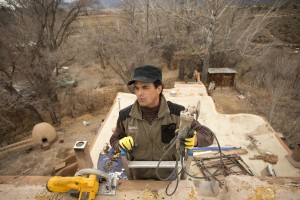 Owner Justin Bailey, taking tools down off the roof. 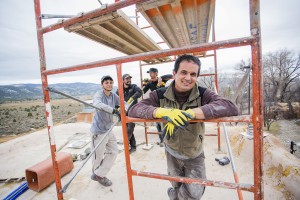 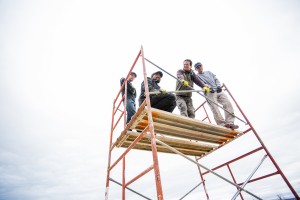 After dropping the chimney liner, resting for a minute

Early in December we installed chimney liners in two chimneys at the Mabel Dodge Luhan house. Mabel was a patron of the arts who married a Taos Pueblo tribal member, Tony Lujan, and brought lots of important people to Taos. The windows in the house were painted by DH Lawrence. Dennis Hopper owned the house for several days during his wild days in the early 70’s in Taos. Now the building serves as a conference center, specializing in arts retreats, and a bed and breakfast.  Photos by Tina Larkin.